A.K.A. : Rosita the Incredible Spinach Eating Chihuahua (who stole my heart).

It’s hard to believe its been a year since our 14 year-old Catahoula mix Haley died. As pet owners (and dog lovers) its never an easy thing to discuss or come to terms with.

We know its going to happen and we do our best to prepare ourselves mentally for the inevitable. “If we’re lucky we have 10-15 years with them that we will always cherish.”

With Haley it was kind of a slow thing where she wasn’t in pain, but we knew it was going to happen sometime in 2017. I’ll spare you the details, but rest assured, when it did happen it was the right time and she went peacefully at home. My wife Celeste and I have had (in the past) sort of a hard cap on having only three dogs. After all, we have a smallish house (under 1300 Sq. Ft.), and not much of a yard to speak of.

We broke this glass ceiling in 2015 with our 4th, Princess Leia, a Pomeranian/Chi mix.

I didn’t really want a 4th, but in hindsight it was the right dog at the right time. Princess Leia had brought balance to the pack. Of course nowadays four is just a number and the new normal for our little household. No big deal. At the time we had acquired these three characters thus far:

Haley: A 160 lb. Catahoula mix. Mixed with what were not sure. She was an extremely sweet and loyal family member. She was a surrogate mother of sorts to all of the little ones who came after her.

Personality: Mellow, laid back and very chill. She loved all people but didn’t get along well with dogs other than our own.

Yngwie: Pronounced – ING-VAY. At the time around eight years old and more or less the pack leader despite his small stature and 10 or so pounds. We think hes a Chi/Min-Pin mix.

Personality: If a group of armed gunmen broke into our home and kidnapped him, Yngwie would go with them enthusiastically and live happily with strangers for the rest of his life. He loves everyone.

Abigail: A beautiful, sleek Deerhead Chihuahua. Abby hasn’t gained or lost a pound since shes been full grown. She is 100% a Mommy’s girl, very playful and loving.

Personality: Scared of everyone and everything except us and Celeste’s Mom. Sleeps all of the time in our bed under the covers even if we’re not in bed with her.

The three of them got along fine, although Yngwie was a bit jealous after we got Abigail. Princess Leia though, she balanced it all out somehow.

Leia immediately bonded with Abigail who now had a younger little buddy to pal around and play with. She also took to Haley as the other little ones had. All three of them would snuggle and lay with Haley for protection and that mothering comfort she seemed to give them when they were puppies.

She also got along well with Yngwie, who at this point was just getting over not being the only cute little one anymore. Things seemed to work out just fine with our little zoo.

Leia almost immediately took over as the pack leader. “I had always heard that Pomeranians bark constantly and at everything. Well, thats definitely true. All True.” While she was the new watch-dog and one to get the others riled up over everything, she also had that wonderful personality that Yngwie had. She loves all people and most other dogs too.

I remember thinking at the time that we (my wife and I) both should have a mental health evaluation because clearly we were nuts to get another dog. Don’t worry.. our friends and some family members made sure to tell us too. Some people just don’t get it.

I almost never like or trust people who don’t like animals. There is something just inherently wrong with it. I feel sorry for them. I mean if you’re allergic or something, I’m cool with that I guess. Not liking them? Thats just weird.

I couldn’t imagine my life without the love of pets. I suppose if you’re reading this, you probably feel the same way.

I’ve always said the best thing to do after you lose a beloved pet is to immediately get another one. I didn’t say replace.. just get another one. You can never replace them, but you can absolutely fall in love with and provide a wonderful forever-home to a NEW one. I stand by this statement.

“It’s never easy, but it does make it easier.”

Full disclosure: I have to say, I would probably have been fine going back to having only three little ones.

We had discovered over the years that although we didn’t have the great big fenced in yard or perfect dog home you think you need.. we do have a nice screened in pool enclosure. I guesstimate that to a Chihuahua sized animal it’s the equivalent of a football field with a lake in the middle. Being screened in, it’s completely safe and enclosed like a fenced in yard.

That was definitely a factor in choosing the next dog.. and with the three little gems we already had, we discovered we just liked this breed.

My wife had taken to the internet in her search for a new addition to our brood. I could see the wheels spinning, every night when she came home from work, searching the shelters and rescue websites, canvassing social media like a woman possessed.

It was inevitable, we were going back to four.

I can’t blame her though. After all, I’m the one who over the years had brought home cats and dogs (Haley was one) without notice or discussion. We’re good like that I suppose.

I didn’t think she’d find a Chihuahua. They are currently the most popular breed in the the U.S and not too common in shelters from what we’ve seen in our searches.

Hurricane Irma had just come through and hit us in Florida pretty hard on September 10th. We were lucky in the sense that we didn’t lose power and only lost a few shingles on the roof. We had friends within 5 miles of us who were without power for a week in some cases. We felt very fortunate.

Somewhere in Orlando in the aftermath of Irma was a little lonely 5 lb. Chihuahua roaming the streets wet, dirty and almost certainly terrified. Someone had found her and brought her to the Orlando Shelter (Orange County Animal Services). 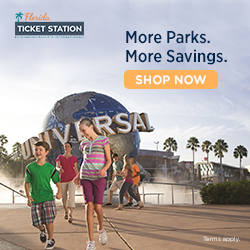 She was micro-chipped, but after a few days no one had called to claim her. Of course Celeste found her the second she hit the internet. She made the call and was told that we’d have to wait a week to make sure her owner had the opportunity to find her.

As it worked out, Celeste was working when they called and said we could come get her. It was a Friday and I happened to be off. I headed down there to get this pup when they opened promptly at 10 A.M.

I was a bit taken aback when I saw her. She wasn’t very clean and looked terribly unhealthy, malnourished and extremely thin. Her wiry hair was a mess and she looked terrified.

Nobody was sure how old she was, but they estimated about five years old. Our Vet Katie at Sanlando Springs Animal Hospital thinks she was closer to three. I guess we’ll never know for sure.

For little dogs the teeth are typically a good indication of their age. Her teeth are in good shape and white, so I think the 3-5 age range is probably pretty accurate.

I know as pet owners we want think its all about us.. but with Rosie I felt an instant connection and I truly believe she was thrilled to be going home with me. She seemed relieved in some way.

I setup our giant pet gate. Easily one of the best purchases I’ve ever made. This really helped to ease the introductions between her and the other three beasts.

I originally bought this thing as a kind of safety barrier between our porch and the pool to prevent any accidental Doggy dips. Over the years It has come in handy for a variety of pet wrangling uses. I got mine on Amazon here.

The gate unfolds to different lengths and can be bent and they can see/smell through it without being able to get at each other. I blocked off our spare bedroom and ran it around the hallway so she had a peaceful place to retreat while being able to come into the living room unmolested and still be behind the gate.

This was a great way to introduce the dogs and one I’ve read about in the past. This was the first time I actually felt the need to implement it as there was a bit of aggression on Rositas side toward the existing pack at home.

We had to up our pet-stairs game too. We had a nice set for the bed that all of the dogs used, but Rosita’s legs were so short she even had trouble getting onto the couch. (Yes we’re a little crazy I know). This one did the trick nicely and it was inexpensive.

We introduced everyone gradually and after about a week let her roam about the house in “general population”. Things were finally starting to feel normal with our newest family member!

She was quickly becoming a Daddy’s Girl and I couldn’t have been happier with our little hurricane rescue.